From Our Parents – I’m Not Sure Where to Begin

Sam Doescher
Tuesday, 10 January 2017 / Published in From our Parents

From Our Parents – I’m Not Sure Where to Begin 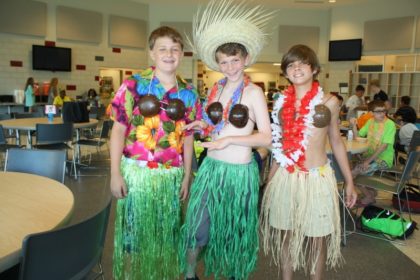 In this blog post, we hear from Marie Katz about her son’s time and growth at Camp Stanislaus

I’m not sure where to even begin… I was so nervous dropping Bennett off without any of his friends… they were all going session 3 and 4. But something in me told me to book him the session without anyone he knew.

We got to Bay St. Louis early on Sunday – had lunch and drove around the town. When we got to Stanislaus, we realized counselors were already out there ready for us early! Bennett very nervously said, “Let’s drive around some more.” Which I gladly obliged. I wasn’t ready either.

I can’t say enough wonderful things about how impressed I was with every single counselor and staff member – we wondered around campus just getting the feel for it, and everyone made eye contact, introduced themselves, shook our hands and made sure we knew where we were. I can’t say that I’ve ever been more impressed with a group of young men. I knew that I had made the right decision, but I was still very nervous. As was Bennett.

We walked into our dorm and then I realized that I had forgotten bed sheets! What good mother forgets camp bed sheets?! (ME!) Bennett assured us that he was fine – he had a blanket… but it was a dagger in my heart! We walked around campus a few more times and then dropped him off in the gym for dodge ball and he assured us he was “fine!” I peeked through the door for a few seconds before Julian pulled me out… Then we went to Walmart to buy bed sheets and a proper blanket! I snuck in his room to make the bed. (I made sure to leave Bennett a note because I was worried he would think someone took his bed!)

Fast forward to the pictures that we saw today of Bennett in his full Hawaiian gear. We sent him that stuff in a care package, but knew full and well that he was going to pass the grass skirt and coconut bra to the most fun kid in his group. None of us could believe the pictures of him today! We haven’t ever seen him let loose like that! Y’all have made our shy little boy have more self-confidence and come out of his shell more than anything that Julian and I could have ever done.

Strictly from the pictures, talking to you last week and hearing about Bennett, and Julian talking to you today… I can honestly say that sending Bennett (or “Katz,” because he says no one calls him Bennett anymore!) to Camp Stanislaus has to be one of the best – if not THE best decisions that we have ever made, and I know that so much of that has to do with you. I can’t wait to delve into all of the details with Bennett, but I just had to let you know how thrilled all of his grandparents, even his little sister and Julian and I are.

We are ever thankful.

What you can read next 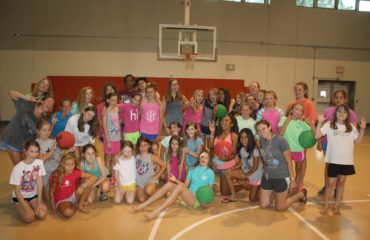 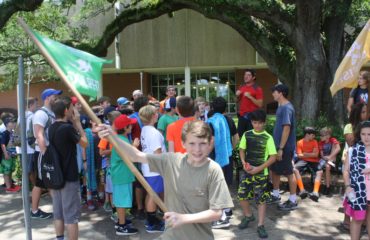 From our Parents – Greetings from Alaska